It may be hard to believe, but it’s nearly time for free agency to open up again within the National Football League.

Each year this period features a wide variety of players from almost every team. Here’s a list of free agents for the 2014 year. Some of these players are so excellent that pretty much every team would like to have them, while others don’t arouse any interest just because they happen to be free agents.

Whatever the case, every team needs to be ready for free agency. It can be difficult for a team to know exactly what it’s getting when a new player suits up. Here are a few of the things a team will consider when it looks at a promising free agent.

Many teams look at a player’s past to try to guess how well he might perform in the future. The fact of the matter is that all players enter free agency for a reason. One reason is that the team might not have wished to pay the player a decent amount of money. 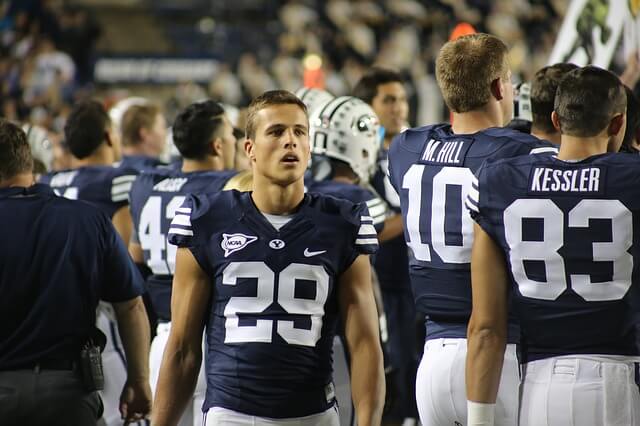 Another reason is that the player in question may not fit in with the team’s future plans, or it might believe that he’s too old. When free agents hit the market, other teams look at how they performed in previous seasons.

For example, when Reggie White and Peyton Manning became free agents, everyone clamored to get them. This was largely due to their solid performance records, and many teams believed that their past was a reasonable forecast of how well they might play in the future.

While past performance can be highly instructive, future performance for a team is just as important. Each year certain teams shell out big bucks for players they believe will produce magnificently on the field, only to discover that they were terribly mistaken.

Albert Haynesworth is a perfect example. This player was signed for a $100 million contract, but he tanked. Even his former coach took time to tell the world how bad his performance was. On the other hand, plenty of teams have found terrific players who had been in a backup position with their previous club, and only needed a change to start in order to show what they could really do.

Everyone gets old, and this happens all too soon for players in the NFL. Some players remain terrific even as they age.

Brett Favre comes to mind. After nearly two decades of play with the Falcons, the Packers, and the Jets, he played extremely well for the Minnesota Vikings in his first season with them. He finally appeared to show his age in his second season, but remains one of the most honored players in the game.

Age impacts every player at some point, and it’s a bit of a gamble for a team to decide whether an older player still has another year or two in which he may perform at a worthwhile level. For every football team that signs a Reggie White or Peyton Manning, there’s a team that signs an Albert Haynesworth.

Free agency can be a real crap shoot on the field, and it often baffles teams, fans, and commentators alike.

About Author
James is Tech blogger. He contributes to the Blogging, Gadgets, Social Media and Tech News section on SoftManya.

How to Find an Auto Repair Shop Using Facebook

Power of Twitter Has to Be Taken Advantage of

Free Apps That Will Change How You Decorate